DLSU faculty and students attended the 5th Asia Conference on Earthquake Engineering (5ACEE) commemorating the 15th Anniversary of the Chi-chi Earthquake held on October 16-18, 2014 at Taipei, Taiwan. The ACEE was founded by the Association of Structural Engineers of the Philippines in 2004 and the 5ACEE is hosted by the National Taiwan University and National Center for Research on Earthquake Engineering (NCREE) of Taiwan.

Dr. Andres Oreta, attended the meeting of the 5ACEE International Scientific Committee (ISC) where the host of the 6ACEE was discussed. It was decided that the 6ACEE will be held in the Philippines and to be organized by ASEP on September 2016.
Dr. Oreta and Kirk Yu also joined the technical tour at the NCREE laboratories where the shaking table, static testing equipment, isolated floor and other state-of-the art equipment are located. 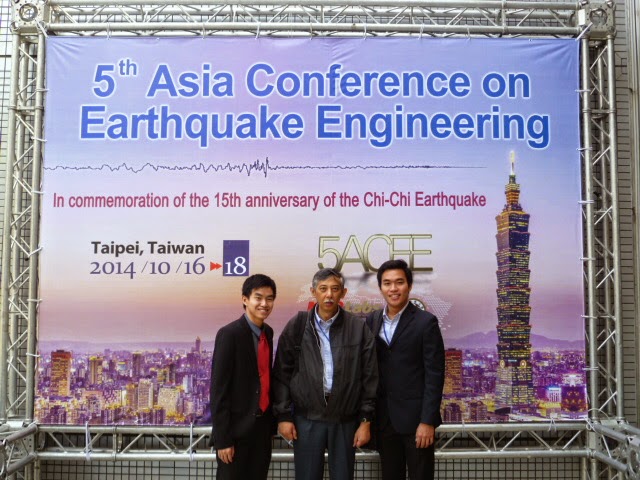