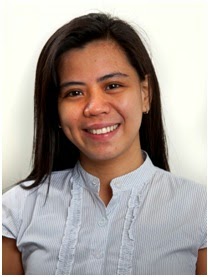 Engr. Arlene dela Cruz is a structural engineer at Ventech International Services Philippines, Inc. She graduated from Mapua Institute of Technology in 2003 with BS Civil Engineering degree. While working, she later pursued her graduate study at University of the Philippines, Diliman where she graduated in 2010 with degree of MS Civil Engineering major in Structural Engineering. She has been in the mining, oil and gas industry for both offshore and onshore the past nine years. Her experiences include leading a team of structural engineers and drafters, mentors junior engineers, checking of steel and concrete calculations and reviewing structural drawings. Arlene has travelled and worked across different countries such as Chile, South Korea, Australia and Philippines. She is a professional member of Engineers Australia.

Engr. Daniel Nichol R. Valerio is a graduate of BSCE-STE from De La Salle University – Manila in 2011. He was an AUN/SEED-net scholar at Chulalongkorn University in Bangkok, Thailand where he graduated Masters of Engineering Degree in 2014. He specializes in Structural Engineering in both universities and focuses on topics related to steel fiber and concrete composites.