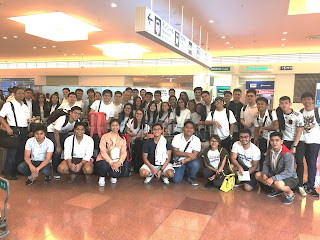 Part of the exchange program was a visit to EBARA Corporation, a manufacturing company which makes environmental and industrial machinery such as pumps and turbines. The tour started with a presentation about the company’s history, profile and their leading edge technologies designed to provide superior service to different areas around the world. The participants, accompanied by Professor Takahashi, were also given a chance to tour the facilities and warehouses of the company where they were able to witness the different processes involved in the manufacture of the pumps and turbines. 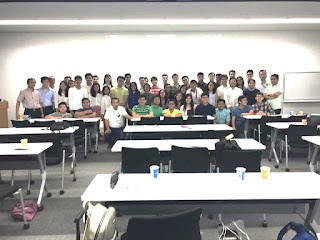 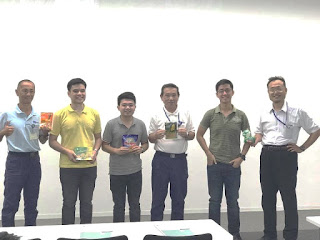 Presentation of tokens of appreciation to EBARA Corporation


The following day was allotted for the Tokyo Institute of Technology campus tour which was headed by Professor Yamashita along with Tokyo Tech students. The first agenda of the tour was the presentation of the Tokyo Tech Supercomputer Ubiquitously Accessible Massstorage Environment or TSUBAME 2.5 which is a large-scale supercomputer that provides computational modeling, simulations and storage resources for research at TIT and selected projects at outside research institutions. The participants were then toured around the TIT Library or the Cheesecake Library, named due to its architectural design which is similar to that of a cheesecake. The library comprises of underground stacks and an aboveground study hall. One of the notable features of the library is the powered mobile shelving which helps increase storage capacity and is fitted with enhanced safety features. At the end of the day, a welcoming party was held wherein both DLSU and TIT students and professors were able to socialize with each other. 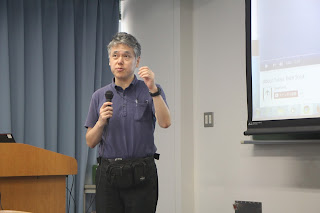 Professor Yamashita welcoming the participants to Tokyo Institute of Technology 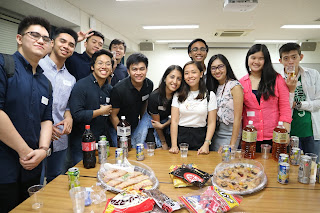 The participants were also given a chance to visit some of the main research facilities of the Port and Airport Research Institute (PARI) such as the long-term exposure experiment facility, large-scale testing facility, underwater 3D shake table, laboratory for coastal ecotoxicology and large hydro-geo flume. The long-term exposure experiment facility is where seawater is used to evaluate the deterioration and long-term durability of materials such as concrete, steel, anti-corrosive and wood. The large-scale testing facility is for structural loading tests on large-scale models which allows investigation of the mechanical properties of post, coast and airport structures. The laboratory for coastal ecotoxicology examines how chemical substances existing in coastal areas behave in the ecosystem. The large hydro-geo flume and underwater 3D shake table are large-scale facilities which provide simulation of disasters such as tsunamis and earthquakes, respectively, for investigation of ground motion and structure destruction. 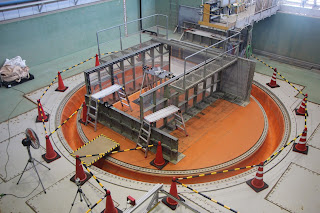 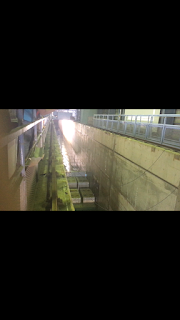 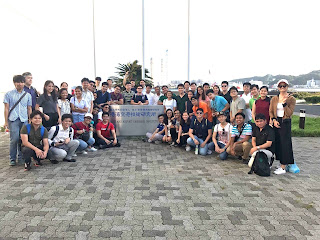 DLSU and Tokyo Tech students and professors at PARI


The other days of the exchange program were allotted for the students to explore and experience the culture and traditions of Japan. Some of the sites visited were the Meiji Jingu Shrine in Harajuku, Shibuya, Meguro Church, Asakusa, Tokyo Skytree in Oshiage and Odaiba. The program also exposed the students to the progressive technology and efficient systems present in the country. From Asakusa to Odaiba, the participants rode the Tokyo Cruise and were able to see the different advancements in engineering and architecture in Japan, from the buildings to the bridges – all these, a marvel to the eyes. 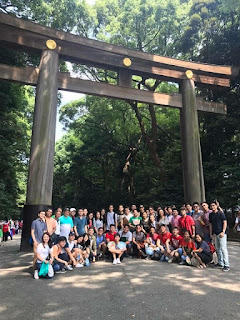 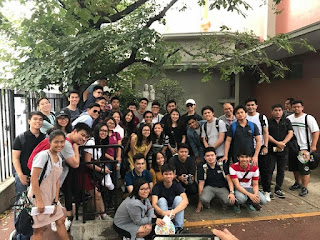 The Japan Socio-Cultural Exchange Program served as an avenue for holistic development of the students by exposing them not only to the technological advancements of the country but also to their rich culture and traditions. Overall, it was an unforgettable experience that brought about many learnings and realizations - learnings that will hopefully be applied by these future Lasallian civil engineers for God and country.