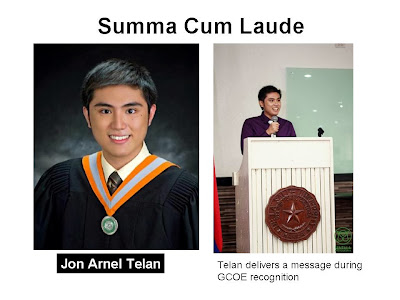 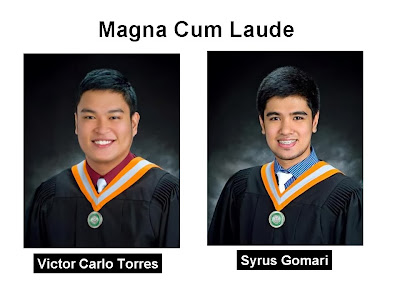 
Special awards were given by the CE Department to the folowing:

The University also presented special awards to the following graduates: 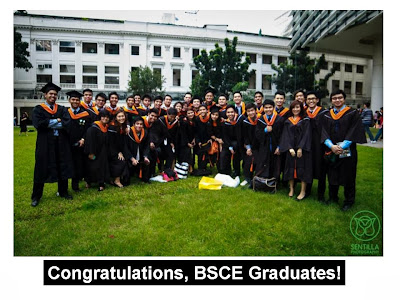 BSCE GRADUATION AWARDS TRIVIA:
1. The Jose Rizal Honors Society Award is given to a student who has been in the Dean's Honors list in ALL trimesters of their curriculum years. Since the revival of BSCE at DLSU, only four graduates received this award:
2. The Br. Gabriel Connon Award is given to students with a strong Christian character and outstanding accomplishment in the fields of academics, leadership, and community service. Only one BSCE graduate, Bryan Christopher Que (CIV, 2000-2001) received this award so far.

3. The Student Leadership Award is given to students who have ably balanced their academic studies with student activities. The BSCE awardees so far were:
4. The Athletics Award honors students who have rendered outstanding performance in competitions as true Lasallian sportspersons. The BSCE awardees so far were:
5. There has been no BSCE graduate yet who received the Community Development Award and the Cultural Development Award.