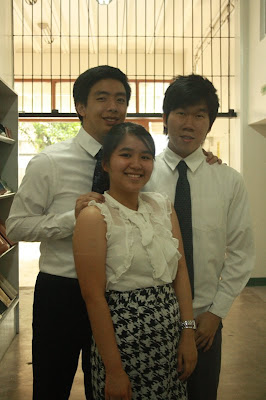 "Gold Struct": Van, Erica & John
This year, Gold Thesis Awards will be given to outstanding thesis for each specialization in the present civil engineering curriculum. Last July 1, 2011, the awardees were announced and the group of Van Wesley Lim, Erica Uy and John Vincent Uy was selected as the awardee for the Structural Engineering Division. The group's adviser is Ms. Mary Ann Adajar. The abstract of their thesis is given below:
Shear Strength Determination under Isotropic Condition of Some Mine Tailings in the Philippines

Van Wesley Lim, Erica Uy and John Vincent Uy
This study aims to apply the cam clay model to predict the behavior and at the same time determine the shear strength parameters of some selected mine tailings in the Philippines namely Negros Oriental copper mine tailings, tailings from aggregate quarry in Cavite and Davao gold mine tailings. Tons of mine tailings are contained in dams which serve no purpose and could pose as threat if ever dam failures would occur and it is the interest of this paper to determine which among these three mine tailings possess strength parameters which may serve as constru 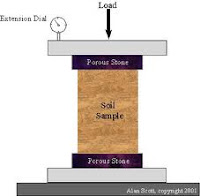