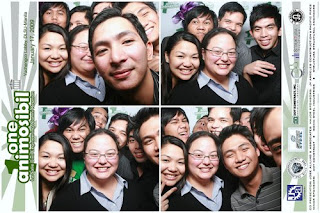 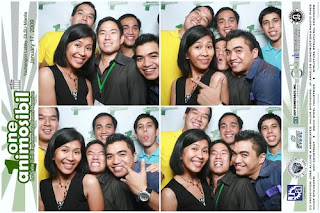 The officers and the batch representatives of ANIMOSIBIL, the DLSU Alumni Association Civil Engineering Subchapter, organized an event for the alumni to gather and go back to DLSU Manila on January 17, 2009 from 6PM to 10PM at the Yuchenco Building Lobby. The reunion, dubbed as "ONE ANIMOSIBIL" celebrates the first year anniversary of the founding of ANIMOSIBIL. About 130 alumni, students, faculty and staff joined the celebration. A new set of board of directors to spearhead the organization on its second year of operation was elected. The elected board of directors are as follows: Engr. Jason Ongpeng, Engr. Jerome Odsinada, Dr. Jonathan Dungca, Engr. Jeff Uy, Engr. Ryan Yapkianwee, Engr. Apple Paule, Engr. Ace Romualdez, Engr. Paolo Viray, Engr. Irene Ubay, Engr. Coleen Cordial, and Engr. Bart Soliman.

The fee for the said event was 250 pesos including dinner and a souvenir T-shirt. There was a De La Salle Alumni Association Booth for renewing the DLSAA ID card and a Foto Loco Picture Taking Booth.
The said event was supported by generous sponsors such as JOSE ALILING CONSTRUCTION MANAGEMENT, JV ANGELES Construction Corp., DDT Konstrukt, SONIC Steel, and STRUKTURA Stuctural Engineer.
AnimoCIVnews - Online invites the alumni to submit articles to the ALUMNEWS section of this blog as part of this celebration.
Posted by AWCO at 7:35 AM