The Transportation Science Society of the Philippines held its 24th annual national conference last July 21, 2017 at the National Center for Transportation Studies, UP Diliman, Quezon City.  With the theme: Improving Quality of Life in Urban and Rural Areas through Inclusive Transportation, the conference was attended by more than 150 participants coming not only from Metro Manila, but even as far as Baguio city up North and Cagayan de Oro City down South. From students to professionals, from academe to government representatives, and even those from the private sector, everyone aspires to help improve the transportation problems of the nation and one simple step towards this goal is by attending this conference. The conference discussed many issues in the transport sector and presented goals to achieve in the  coming years. 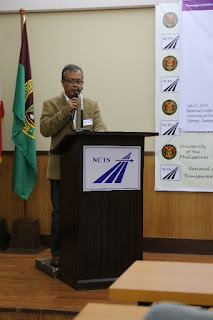 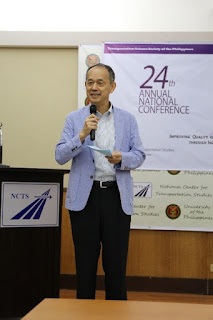 TSSP President as well as DLSU full-time professor, Dr. Alexis M. Fillone, kicked off the event with his welcoming remarks. He called on the organization to act on the challenges that inclusive transportation brings, stating that this year’s theme is timely and relevant. Eastern Asia Society for Transportation Studies(EASTS) President, Dr. Testuo Yai, graced the organization with his keynote lecture entitled: Emerging Asia Strategy for Transport-oriented Sustainability. He believes that TSSP will strive for better transportation system in the country and make continuous significant contribution to our society’s future. 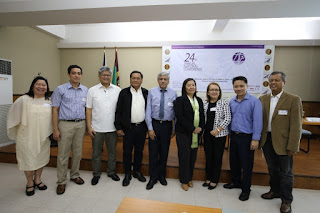 The panel discussion yielded fruitful talks between panelists, reactors and the participants. The panelists consist of government representatives and those from the private sector. The government highlighted the Build! Build! Build! Program of the National Government which made the members excited for things to come. Transport knowledge and issues were shared upon not only between panelists and reactors as well as with the participants. 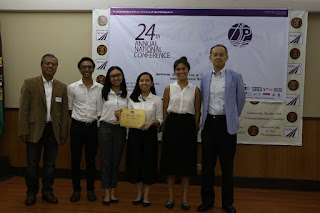 The afternoon sessions highlighted the technical paper discussions. Universities, such as DLSU, Mapua, UPD, and Ateneo and the private sector shared their researches in transportation. A total of 10 technical papers were presented from DLSU. These are:


Also, the paper by Estrella, A.F., et al. won the best presentation award in their session.
The conference was a success which yielded fruitful discussions and collaborations between professionals and students. The transportation field affects every Filipino and it is important that problems should be addressed the soonest. 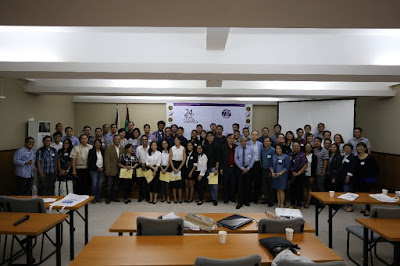