The group had a chance to visit the Tokyo Institute of Technology (Tokyo Tech) and to know more about Tokyo through their short presentation. The tour began by gathering and having a short introduction of the participants to the Tokyo Tech professors and students who accompanied them. The tour went on by going to the Centennial Building then to the Main Building in which there was a passageway full of wilted sakura trees. It continued by visiting their design and manufacturing building and their co-op canteen and bookstore. The students went to witness their most prized possession which is famously known as Japan’s fastest supercomputer called TSUBAME 2.5 (Tokto-tech Supercomputer and UBiquitously Accessible Mass-storage Environement). It was designed to provide computations and storage resource for research such as processing the simulation of earthquakes, wind patterns and many more for academic purposes of Tokyo Tech and as well as collaborated projects with other universities in Japan. Another prominent location in the university is the Cheesecake Library in which it has a similar architecture to that of a cheesecake. One can really see the advancement in technology and discipline being practiced inside the library. At the end of the visit, the  Tokyo Tech students and professors hosted a small welcoming party where the participants were able to mingle with the students and have a short exchange of cultural performance. 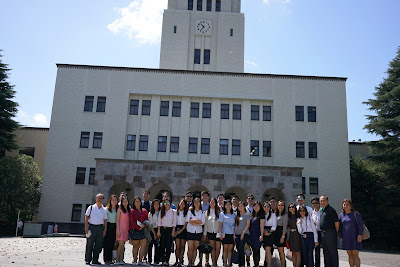 The following days were composed of visits to other parts of Tokyo such as Odaiba in which the DLSU students visited the Miraikan or The National Museum of Emerging Science and Innovation which explored on understanding the world of today and its future. Odaiba was also packed with malls where one can enjoy shopping from one mall to another. The advancement in architecture and technology of Japan could be seen throughout the whole city as the students visited places such as Ginza and Akihabara. 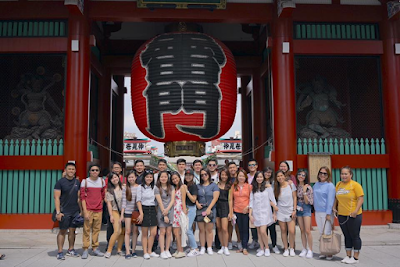 DLSU students in front of Nakamise heading to Sensoji Temple

Truly, Tokyo is a mixture of history and technology. In the students’ visit to places such as Asakusa and Harajuku, they were able to see the value of culture to the Japanese people.  Several temples such as the Sensoji Temple and Meiji Jingu showed another side of Japan, in which ancient temples were properly restored and flocked by people to pay their respects. One can make wishes through their wishing tree or prayer. It was noticed that they would impose several rules such as eating within the establishment area of where food is bought to avoid littering.

At the last the day before the flight to Manila, the group were toured around the Ebara Fujisawa District Plant. Ebara Corporation is a company divided into three divisions that specializes on machinery such as water pumps as well as environmental services. The plant consists of several warehouse that makes fluid pumps of different sizes and uses. The discipline and organization of the manufacturing of such machinery were seen as the group toured from one warehouse to another. The dynamic operation in the warehouses showed the quality assurance and quality control in their products and services. The DLSU participants had the chance to roam around some of the company’s warehouses with the assistance of their generous staffs. The students were able to witness the different processes and stages that the products undergo from manufacturing to inspection. 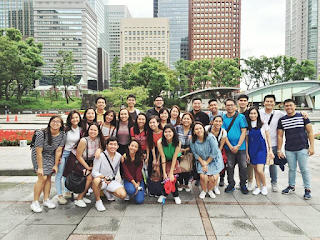