Manila, Philippines – Last December 04, 2015, the Gokongwei College of Engineering celebrated its annual Christmas Party and was hosted by the Industrial Engineering Department. To bless the event, a mass was held at the Chapel of Christ the Teacher 14th floor of the Bro. Andrew Gonzales Hall then followed by the program. 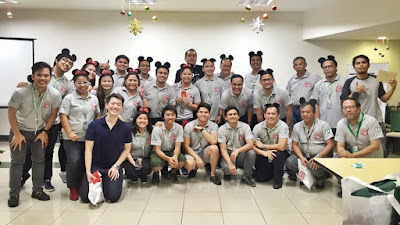 
The theme of the event was Disney, the CE Department opted for a Mickey and Minnie Mouse ears with gray Build It Ralph (modified Wreck It Ralph) printed shirts. The department showcased resourcefulness by performing with a low-cost cosplay presentation and a flashmob. 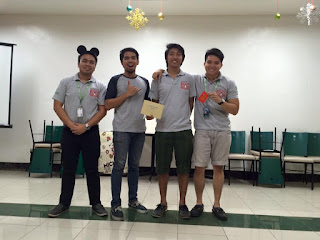 The department also won the Dubsmash competition during the said event.

Written by JGG
Posted by AWCO at 4:28 PM