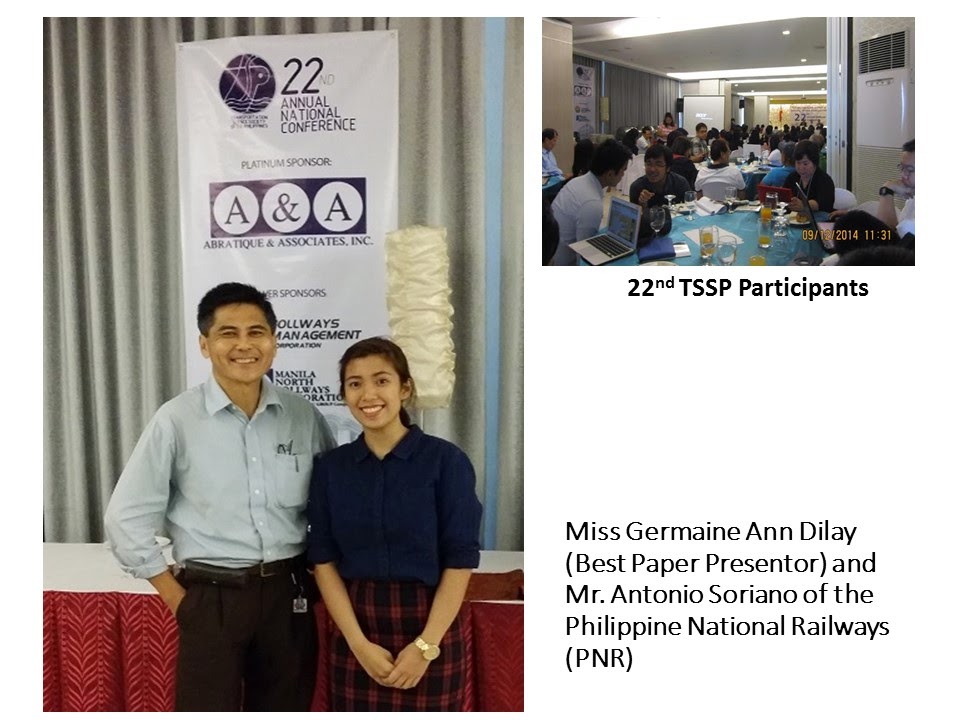 Congratulations to Miss Germaine Ann C. Dilay, BS-MS student major in Transportation Engineering for being one of the two best paper presentors during the 22nd Annual Conference of the Transportation Science Society of the Philipppines held last Sept 12, 2014 in Diversion 21 Hotel Iloilo City. A total of 156 participants coming from around the country attended the said conference including students, professors, people in government and the private sector. This year’s theme discussed during the panel discussion was “Preparing TSSP for ASEAN Integration”. A total of six papers coming from De La Salle University were presented in the Conference, namely 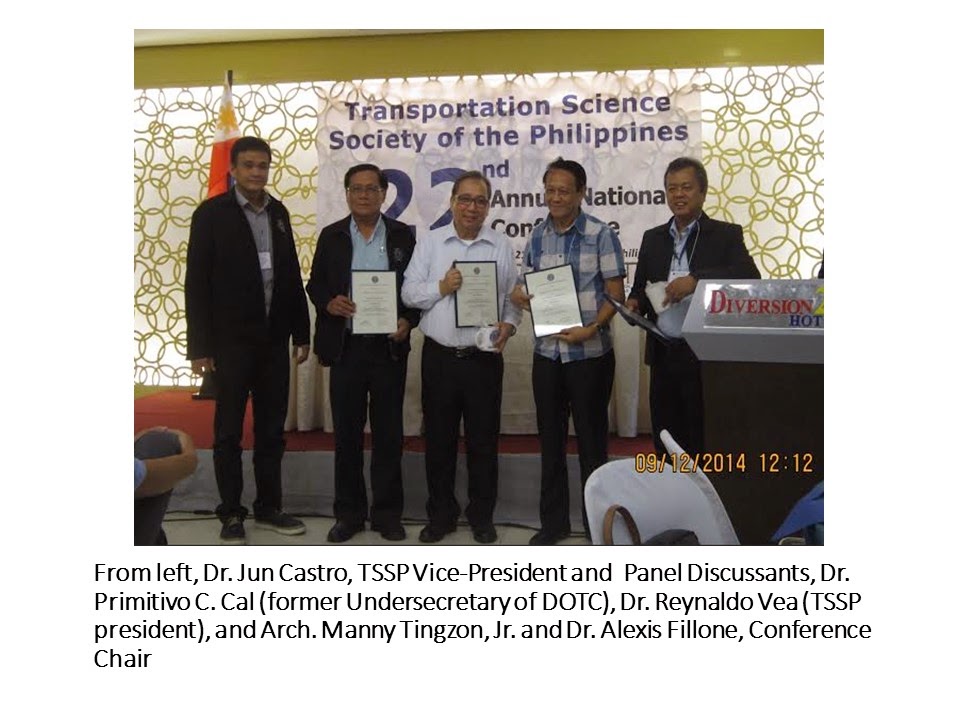 All in all, a total of 18 papers were presented during the conference coming from other schools like University of the Philippines-Diliman, Ateneo de Manila University, Central Philippine University and from LGU researches. Dr. Alexis Fillone of the Civil Engineering Department and also a Board Member of TSSP was the Chair of this year’s TSSP conference.
Posted by AWCO at 6:32 PM