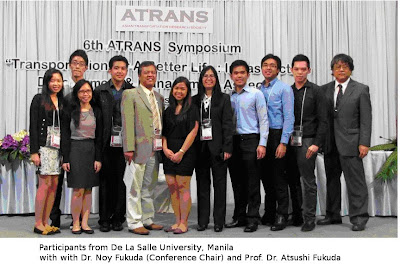 In the two of the four Sessions of the Young Researchers Forum, presenters from DLSU-Manila won the Best Presentation Award. The two papers that won the awards are:


Other papers from DLSU-Manila that were presented during the conference include the following: