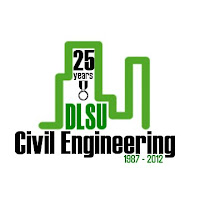 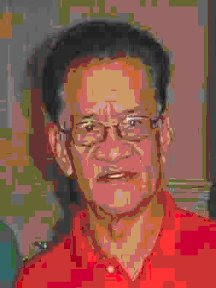 The end of the 2nd Term of SY2007-2008 on December 18, 2007 ends my continuous full time teaching at DLSU-M for exactly 21 years and four months, broken up only by service leaves for a term after every five or three years. Starting August 1986, my first year as a full-time faculty member was spent in teaching in what was then the Allied Sciences Department of the College of Engineering while preparing the feasibility study and developing the civil engineering curriculum in time for the opening of the program by the following school year.

The CE program of DLSU-M was offered for the main task of training future qualified civil engineers who are willing to take active part in the infrastructure development of the country. This despite the existence of a number of civil engineering schools in Metro Manila and in the provinces. The attainment of this objective was then anchored upon two major items. First, for a diversified field of civil engineering qualified civil engineers are those who are well-trained in their chosen areas of specialization. There was an urgent need to deviate from the conventional CE curriculum to open areas of specialization in construction technology and management, geotechnical, hydraulics and water resources, structural, and transportation engineering. Second, qualified civil engineers can only be students trained under a high standard of instruction from equally qualified teachers. It was my own unwritten policy more than a score of years ago -- a policy that has been sustained to date -- that nobody shall be teaching in the department without at least a master’s degree in one of the five areas of specialization so defined.

Starting with one freshman section in its maiden year of offering, we accomplished the realization of our vision when four years later, we attained a 90% passing (9 of 10) in the first licensure examinations with a 7th place to boot. Since then the CE graduates had always placed DLSU-M as one of the top performing schools throughout the country. In recognition of this achievement, the Commission on Higher Education immediately recognized the department as a Center of Development in Civil Engineering though in its infancy stage.(No academic institution in the country is recognized Center of Excellence in civil engineering.) The need to specialize that was envisioned more than 20 years ago is only recently confirmed by the CHED with a revision of the civil engineering curriculum starting school year 2008-2009 whereby specialized courses are to be offered in the curriculum. Of late, the Philippine Institute of Civil Engineers requires its members to elect their areas of civil engineering specialization following the DLSU model before they can be registered as members.

Presently, the faculty profile boasts of 17 members, more than half of whom have already obtained their doctorate degrees in engineering. The achievements of both faculty and students place the DLSU-M at the top of civil engineering education in the country, now at par with other academic institutions not only in Asia, but probably the rest of the world -- A VISION COME TRUE.
Posted by AWCO at 7:10 PM

I'm really glad that I discovered your blog, thanks!
Engineering Education Requirements