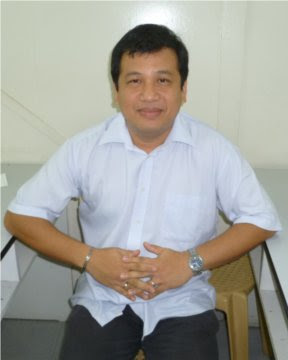 Joining the roster of full-time CE faculty at DLSU - Manila starting 1st term AY 2011-2012 is Dr. Mario P. de Leon. His academic undertakings in the field of civil engineering started at the University of San Carlos (USC) where he earned his BSCE degree in 1991. Right after graduation, he got his first employment stint with Primary Structures Corporation, a Triple “A” construction company in Cebu. In 1994, he decided to join the academe as full-time CE faculty in his alma mater, USC. Then, came an opportunity to pursue graduate study at UNESCO-IHE in Delft, the Netherlands where he completed his Master of Engineering degree specializing in Environmental Science and Technology in 1998. From 1998-2005, he served at USC both in academic and administrative capacities. In 2005, he was awarded the Monbukagakusho grant for a doctoral degree pursuit. He was then conferred in 2009 the Doctor of Philosophy in Engineering degree at Kagoshima University in Japan in the field of coastal engineering. Having had work experience both in the construction company and the academe since 1991, Engr. de Leon believes that his newfound niche at DLSU is a significant chapter of his lifelong journey to a mission of service.
Posted by AWCO at 6:46 AM