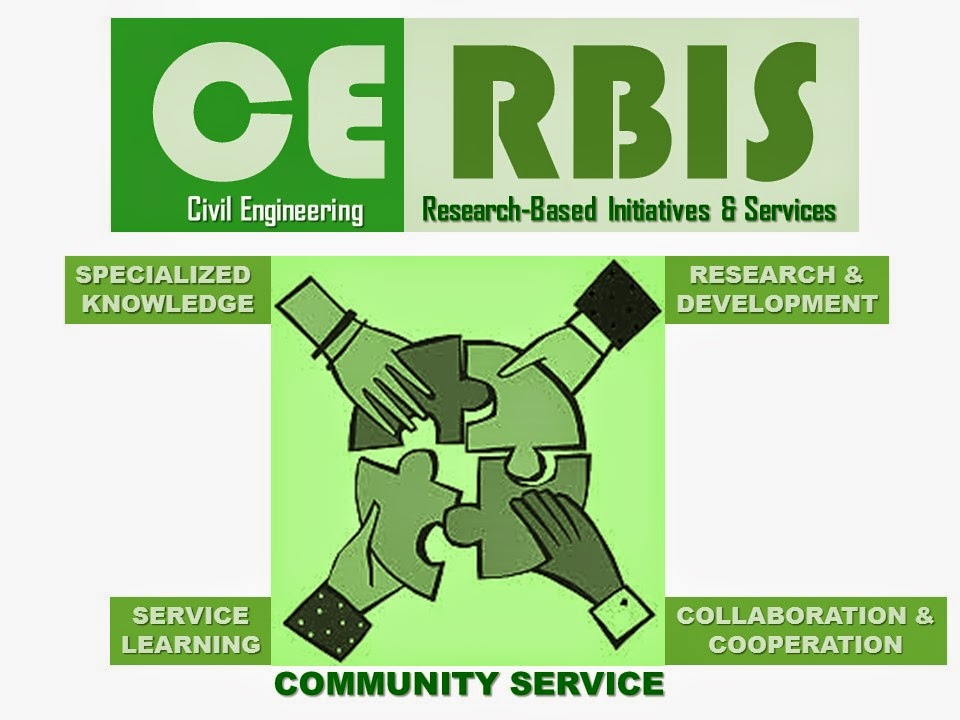 CERBIS or Civil Engineering Research-Based Initiatives & Services is a community service and enagegement activity of the DLSU Civil Engineering Department where undergraduate and graduate researches address civil engineering related problems in the community and local government units.  Among the problems and issues that have been addressed in recent years are on traffic management, transportation planning, disaster risk assessment, seaimic, wind and flood risk assessments, supporting LGUs in the preservation of heritage buildings and promotion of safe schools.

The researches are conducted either by the DLSU students and faculty only or in collaboration with other schools or LGUs. For example, in Iloilo City where most of the projects were done, DLSU CE Department conducted joint researches with the local schools (Central Philippine University and UP-Visayas) and the local government units (Iloilo City and Guimaras Province) to solve CE related local problems in Iloilo City and Guimaras Province. These researches focused on (a) preserving the Heritage site/buildings of Iloilo City, (b) Traffic and transport management through sustainable transport scenario modelling in Iloilo City and (c) Analysis of tourists for job creation and economic growth.
Summarized below are the topics/titles of the researches under CERBIS:

CERBIS AY2014-15
1.       Pedestrianization of the Heritage Site in Iloilo City
2.       Understanding the transport choice behaviour of commuters in Iloilo City for the improvement of the City transport system
3.       Quantifying the Environmental Impact of Structural Design of DPWH Bridges
Posted by AWCO at 6:11 PM