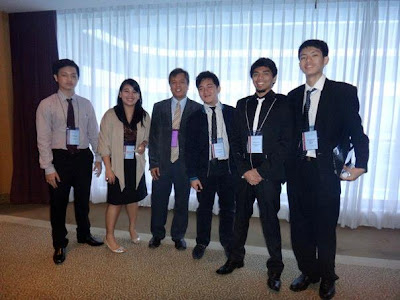 The 4th ATRANS Symposium held last August 26-27, 2011 in Bangkok, Thailand was attended by academicians, government officials, professionals and students from all over Asia involve in the field of transportation. A total of 45 papers were successfully presented and three of which were presented by students and faculty of the Transportation Engineering Division, Civil Engineering Department, De La Salle University-Manila as follows:


2. Effects of Pedicabs and Kuligligs on the Capacity of Roads in the Vicinity of De la Salle Univesity-Manila by Jamiel Louiee L. Jayme, Paul Angelo C. Sia, and Alexis M. Fillone

The symposium gave, especially the students the opportunity to present in an international conference as well as listen and learn from other researches in the field of transportation in the Asian region.
Posted by AWCO at 6:45 PM