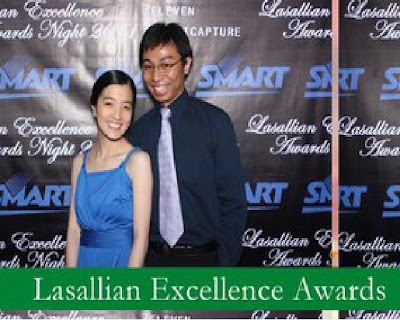 The Department of Civil Engineering congratulates EARL MARVIN B. DE GUZMAN (CIV-STE/10723021) for being adjudged as Most Outstanding Student Representative to the Student Discipline Board (SDB). This award is given by the Student Discipline Board (SDB) to commend the exemplary performance of its student representatives during discipline case proceedings. The award was given during the recently concluded CSO Lasallian Excellence Awards-Harvest of Winners (LEA-HoW) 2011 held last 25 March 2011 at Gateway Suites, Araneta Center, Cubao, Quezon City.

The department also congratulates Ms. Katrina Tengki for being one of the finalist of the TOC-TOYM awards.